Will NFTs Change The Future Of Music? 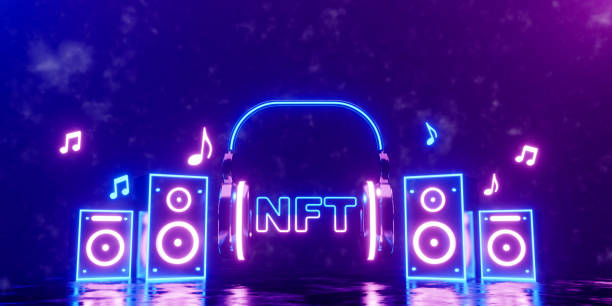 Music is one of the most potent forms of art known to humans; it has shaped perceptions, inspired civilizations, and sparked revolutionary change. Music as an art form is a tool of expression, a mode of emotional release for the creator, and healing for the listener. The same cannot be said for music as a business. Music as a business is not for the faint of heart; it’s one of the most complicated industries in the world. So many factors go into being a part of the music industry, contracts, lawyers, and, most importantly, labels. Most artists make music because they love to express themselves and tell stories through their music, none of which makes one business savvy.

Record labels have taken advantage of unsuspecting artists for decades, praying on their ignorance of the business and the law. Labels sign artists to record deals that favor them and leave the artist with scraps. Most artists sign away their publishing rights without knowing what that implies for their future beyond the industry. Only a few technological advancements have shaken this industry to its core, namely online streaming. But even then, the music industry has found a way around it. New technology has emerged that is set to change the course of the music business forever.

NFTs, or Non Fungible tokens, have revolutionized the way artists make their work legally legitimized. There is no more intermediary between the creator and the consumer. NFTs and NFT marketplaces allow musicians to not only post their music but they set their prices and royalties. There has never been a technology that has put the power in the hands of the artists the way NFTs have; the music industry must pivot toward a more balanced business practice or face extinction. There are many examples of foul play in the music industry’s history, From Chuck Berry, Little Richard, Modana, TLC, and countless more.

Owning your music and setting your royalty amount is a far cry from getting thirty-three cents per album, sometimes even less. You have to understand the amount of money that record labels are set to lose to understand the gravity of this revolution. Billions of dollars have been made off musicians’ backs; some sell millions of records and have nothing to show for it due to shady deals and bad business practices. Artists now own the means of production in so many ways; Merch, music, and concert tickets can all be minted on the blockchain. The new generation of artists has a huge advantage regarding financial success, ownership, and artist sovereignty. This technology will benefit not only the artist but also the collectors. 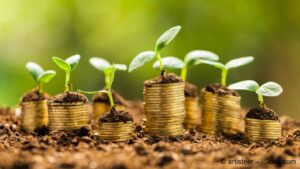 Consumers of music are the driving force of the music industry. The fans drive album sales, streams, and ticket sales. Before NFTs, fans would purchase an album or a song, and that’s where it stopped; Now, fans have the chance to profit from the artist they love. When a fan purchases an NFT, let’s say there are only thirty songs being sold and they sell out, the fan who collected the song can raise the price from what they originally bought it for, sell it and make a profit.

The artist sets their royalty percentage and automatically gets paid from the sale; no intermediary or invoice is needed. This is the power of blockchain and cryptocurrency. Nowhere in these transactions is a record label required; some may argue that distribution and mass marketing are needed, and that may be true but rest assured that something is coming to change that in the web3 space. 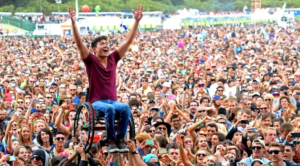 NFTs are traded using many blockchains, such as Ethereum, Solona, XRP, etc. The fact that these technologies are considered investments puts the artist at an even more significant advantage. Cryptocurrencies have growth potential because of their fixed volume. Dollars, in contrast, can be printed into infinity, making the dollar an inflationary currency. Many investors believe in cryptocurrencies due to their potential to increase in value.

It is important to note that these currencies can also fall in value, as we are seeing today.  It can be a gamble, but the risk is often worth the reward. As the U.S. dollar continues to inflate, numerous financial experts expect these currencies will inevitably rise in value, and artists that hold these coins can potentially see massive gains. 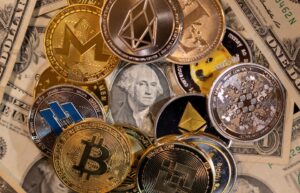 The industry’s horror stories have haunted artists for decades; our favorite artists have had to fight for their fair share of profits, frequently losing the battle. Finally, we’re in a time where balance is being restored, and artists have a chance to own their music and are financially free. This financial freedom gives them the room to be their authentic selves and not have to bend to the demands of a record label. We will see a new wave of artists taking advantage of web3 and teaching it to others; dark days are on the horizon for the traditional music industry.